They say that memory is tied to smell and I can think of no example better than every year when I am slammed in the face with the scent of honeysuckle.

It usually occurs during the transition from spring to summer. That time of year is always a strong reminder of the days I spent at my Pawpaw’s house.  I would get out of my mom or dad’s car (depending on who was dropping me off) and the first thing I would smell would be the long stretch of honeysuckles out of sight in his backyard. 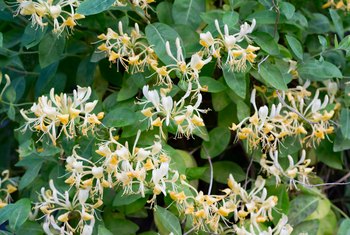 Whenever I catch a whiff of it now, I always find myself stopping and looking for the source, because it reminds me of someone I love and will never see again.  Sometimes I think if I were to get a second tattoo it would be of a honeysuckle, so I could think of him whenever I looked at it instead of waiting for that smell.

Of course, it’s not just honeysuckle that reminds me of my Pawpaw.  Any time I actually bother to go inside the gas station — which isn’t often since I typically pay by credit card — I can smell the mixture of gasoline, pre-packaged food, and cleaning products.  It’s not a pleasant scent, but my Pawpaw made a habit of taking us (my sister and me) into any gas station we stopped at for Icees.  He would usually pay for it with the spare change from his car, carefully slipped into his pocket before walking us  inside.

Whenever I enter a gas station now, I always look around for the Icee machine, even though I usually never get one.  At least now I can continue the tradition by purchasing an Icee for my niece, Ivey.  She likes them just as much and I enjoy continuing the tradition with her.

Honeysuckles and Icees are two random objects to associate with someone who meant so much to me.  I can’t help but wonder sometimes what little random things will people remember about me one day.